The European Research Council (ERC) has announced the winners of its 2017 Starting Grants. A Starting Grant is a personal grant of about 1.5 million euros and gives talented researchers the opportunity to conduct research for a period of five years.

Six researchers from the University of Amsterdam (UvA) received the prestigious grant.  One of the grantees is Balazs Bodo. 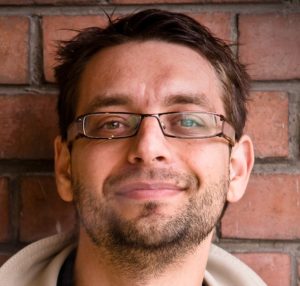 Balazs arrived to IViR in 2013 with a Marie Curie grant, researching informal media economies. He has been deeply involved with several IViR projects, including a TOP project on the Copyright in the Age of Access, and more recently Prof. Natali Helberger’s ERC project on news personalization.

Balazs will be working on the societal impact and regulation of blockchain technologies.

Recent advances in cryptography have yielded the blockchain technology, which enables a radically new and decentralised method to maintain authoritative records without the need for trusted intermediaries. Bitcoin, a cryptocurrency blockchain application, has already demonstrated that it is possible to operate a purely cryptography-based, global, distributed, decentralised and anonymous financial network, independent from central and commercial banks, regulators and the state. Blockchain is now being applied to other social domains such as public registries of ownership and deeds, voting systems and the internet domain name registry. Scant research, however, has been done on the societal impact of blockchain, which makes it difficult to properly assess its risks and promises. In addition, crucial knowledge is missing on how blockchain technologies can and should be regulated by law. Balás Bodó will use his project ‘Blockchain & Society’ to address these issues.

IViR is now the proud home to no less than two ERC grants.