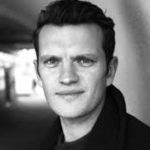 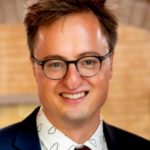 Jef Ausloos
Senior Researcher at the Institute for Information Law, University of Amsterdam, NL
Jef Ausloos is working as a senior researcher at the University of Amsterdam’s Institute for Information law (IViR), where he is part of the personalised communications project team. His research interests center around data-driven power asymmetries and the normative underpinnings of individual control, empowerment and autonomy in the modern-day, largely privatised information ecosystem. Before joining IViR in December 2018, Jef was a doctoral researcher at the University of Leuven’s Center for IT & IP Law (CiTiP). He worked on a variety of projects in media and data protection law and in October 2018 he obtained his PhD entitled ‘The right to erasure: safeguard for informational self-determination if a digital society?’. Jef holds degrees in law from the Universities of Namur, Leuven and Hong Kong. He has worked as an International Fellow at the Center for Democracy & Technology and the Electronic Frontier Foundation and has been on research stays at the Berkman Center for Internet & Society (Harvard University) in 2012; the Institute for Information Law (University of Amsterdam) in 2015; and the Centre for Intellectual Property and Information Law (Cambridge University) in 2017. 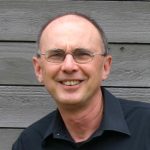 Colin Bennett
Professor, Department of Political Science, University of Victoria, Canada.
Colin Bennett received his Bachelor’s and Master’s degrees from the University of Wales, and his Ph.D from the University of Illinois at Urbana-Champaign. Since 1986 he has taught in the Department of Political Science at the University of Victoria, where he is now Professor.  His research has focused on the comparative analysis of surveillance technologies and privacy protection policies at the domestic and international levels. He has completed policy reports on privacy and data protection for the Canadian government, the Canadian Standards Association, the Privacy Commissioner of Canada, the European Commission, the UK Information Commissioner and others. He was co-investigator of a large Major Collaborative Research Initiative grant entitled “The New Transparency: Surveillance and Social Sorting” which culminated in the 2016 report: Transparent Lives: Surveillance in Canada. Through a SSHRC Partnership Grant on “Big Data Surveillance”, and a new SSHRC Insight Grant, he is currently researching the comparative politics of data-driven elections, and the capture and use of personal information by political parties and candidates in Western democracies. 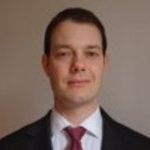 Ot van Daalen
Researcher at the Institute for Information Law, University of Amsterdam, NL
Ot van Daalen is a researcher and lecturer in the field of privacy and security. He is also an attorney at his own law firm. He worked at the Dutch Data Protection Authority before. In 2009, he founded the Dutch digital rights movement Bits of Freedom. There he was closely involved in the creation of legislation in the field of privacy and internet freedom. He is also a board member of the European Digital Rights organisation EDRi. Before launching Bits of Freedom, Ot worked for years at law firm De Brauw Blackstone Westbroek. Ot studied at the University of Amsterdam and Columbia University in New York. He is an experienced speaker and is regularly asked as an expert in the media. At IViR, Ot is involved in different research projects in the field of privacy and security. 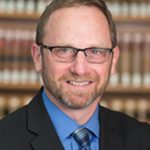 Dennis Hirsch
Professor of Law, Ohio State Moritz College of Law and Capital University Law School, U.S.
Dennis Hirsch is a Professor of Law at the Ohio State Moritz College of Law where he directs the Program on Data and Governance, and at Capital University Law School. He teaches courses on information privacy law, big data and the law, and environmental law.  In 2010, he received a Fulbright Senior Professorship and spent a semester at the University of Amsterdam teaching Comparative US-EU Privacy Law and conducting research on Dutch data protection regulation. He formerly served as Chair of the American Association of Law Schools Section on Privacy and Defamation Law. 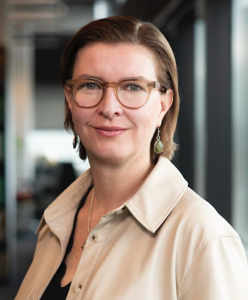 Kristina Irion
Associate Professor at the Institute for Information Law, University of Amsterdam, NL
Kristina Irion is Associate Professor at the Institute for Information Law (IViR) at the University of Amsterdam. She is the Director of the Annual IViR Summer Course on Privacy Law and Policy and the Coordinator as well as a Lecturer in the Research Master’s Information Law. Kristina is a member of the Scientific Committee of the annual Computer Privacy and Data Protection (CPDP) International Conferences and the International Advisory Board of the Electronic Privacy Information Center (EPIC). A baseline of Kristina’s research is the interpretation and analysis of the transformational processes that reconfigure the legal properties of digital data in line with societal needs. Kristina’s current research agenda focuses on the governance of transnational digital technologies and global data value chains from the perspective of European law and international economic law. Kristina obtained her Dr. iuris degree from Martin Luther University, Halle-Wittenberg, and holds a Master’s degree in Information Technology and Telecommunications Law from the University of Strathclyde in Glasgow. She was a part time Legal Officer at the Data Protection Authority in Berlin and worked as Senior Regulatory Counsel for a German mobile network operator.

Margot Kaminski
Associate Professor at the University of Colorado Law and the Director of the Privacy Initiative at Silicon Flatirons, U.S.
Margot Kaminski specializes in the law of new technologies, focusing on information governance, privacy, and freedom of expression. Recently, her work has examined autonomous systems, including AI, robots, and drones (UAS). In 2018, she researched comparative and transatlantic approaches to sensor privacy in the Netherlands and Italy as a recipient of the Fulbright-Schuman Innovation Grant. Her academic work has been published in UCLA Law Review, Minnesota Law Review, Boston University Law Review, and Southern California Law Review, among others, and she frequently writes for the popular press. Prior to joining Colorado Law, Margot was an Assistant Professor at the Ohio State University Moritz College of Law (2014-2017), and served for three years as the Executive Director of the Information Society Project at Yale Law School, where she remains an affiliated fellow. She is a co-founder of the Media Freedom and Information Access (MFIA) Clinic at Yale Law School. She served as a law clerk to the Honorable Andrew J. Kleinfeld of the Ninth Circuit Court of Appeals in Fairbanks, Alaska. 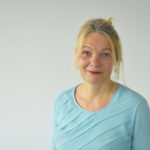 Sjoera Nas
Senior privacy consultant, Privacy Company, NL
Sjoera Nas is a senior privacy consultant. She has worked for the Dutch data protection authority for almost 12 years, as internet and telecom expert. She was responsible for many national and international investigations, involving for example Google, Facebook and Microsoft. She has been rapporteur or co-rapporteur of many opinions of the Article 29 Working Party related to internet and technology. In May 2018, she switched to the Dutch privacy consultancy Privacy Company. She acts as an external DPO for a number of private and public sector organisations, and has been commissioned to conduct several Data Protection Impact Assessments. Her extensive DPIA reports for the Dutch government on the data processing by Google (Google Workspace) and Microsoft (Windows, Office, Intune and DKE), are publicly available. 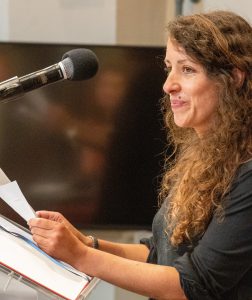 Cristiana Teixeira Santos
Assistant Professor at the School of Law, Utrecht University NL
Cristiana holds a joint international Doctoral Degree in Law, Science and Technology (University of Bologna) and a Ph.D. degree in Computer Science (University of Luxembourg). Her PhD thesis focused on modeling relevant legal information using computational ontologies. Previously, she was a postdoc at INRIA. Prior to joining academia, she worked as a lawyer and worked as a legal advisor and lecturer at the Portuguese Consumer Protection Organization- DECO. Cristiana works in the field of privacy and data protection law. Her research interests center around online tracking, automated privacy signals, dark patterns and the right of access. The goal of her research is to make legal information structured and actionable for legal compliance, for models and tools. She extracts legal requirements from legal sources and, with this domain knowledge, Cristiana collaborates with computer scientists and designers to identify the technical requirements for a concrete technology. Her drive is to discover problematic practices from organizations within case-studies, and inform policy makers with ground-based analytical research to address gaps in law & tech, and enable user empowerment. Cristiana collaborates with Inria PRIVATICS Team on online privacy and she is an Expert of the Data Protection Unit, Council of Europe. 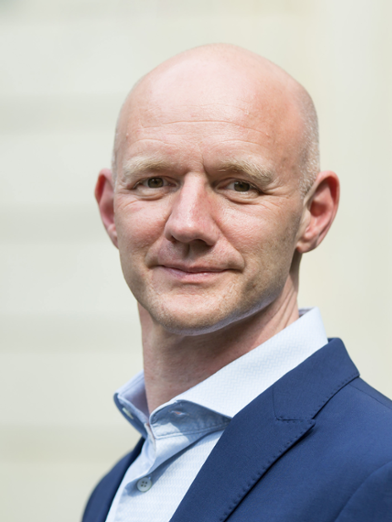 Frederik Zuiderveen Borgesius
Professor of ICT and private law at Radboud University, NL
At Radboud University Frederik Zuiderveen Borgesius is affiliated with the Digital Security Group of the iCIS Institute for Computing and Information Sciences, and with the iHub, the Interdisciplinary Hub for Security, Privacy and Data Governance. His research interests include privacy, data protection, discrimination, and freedom of expression, especially in the context of new technologies. He often enriches legal research with insights from other disciplines. He has co-operated with, for instance, economists, computer scientists, and communication scholars. He obtained his research master’s in 2011 at the IViR Institute for Information Law (Amsterdam). He also studied at the University of Hong Kong (2009) and spent a semester at New York University (2012) for research. After obtaining his doctorate (2014) at the Institute for Information Law, he worked as a researcher. In 2015 he published a book ‘Improving privacy protection in the area of behavioural targeting’, based on his PhD thesis. In 2018, he worked at the LSTS Research Group on Law, Science, Technology & Society, at the Vrije Universiteit Brussel (Belgium). There he worked on the basis of an EU Marie Curie grant, to conduct research into the risk of discrimination in the context of machine learning and automated profiling. He is a member of the Meijers Committee, an independent group of experts in the field of European law. He is also a member of the board of editors of the European Data Protection Law Review, and of the Dutch journals Computerrecht (Computer Law) and the Nederlands Tijdschrift voor Mensenrechten (journal of the Dutch Section of the International Commission of Jurists). He regularly presents at international conferences. He also presented for policymakers, for instance at the Dutch and the European parliaments.