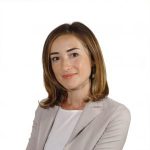 Ilaria Buri is as research fellow at the Institute for Information Law (IViR) of the University of Amsterdam. Her work focuses on the DSA Observatory, a project aimed at critically following the legislative and political process around the EU’s Digital Services Act proposal and facilitating debate on other relevant initiatives in the area of platform regulation. She is a member of the “Digital Transformations of Decision-Making” research initiative of the Amsterdam Law School and contributes to the activities of the Digital Legal Lab, a leading  interuniversity research centre on law and digital technologies run by a network of four Dutch universities. In 2019-2020, Ilaria was a researcher at the Centre for IT and IP Law (CITIP) at the University of Leuven, where she dealt with a variety of data protection, cybersecurity and digital health-related legal matters. In particular, she provided legal analysis to large consortia of partners in EU-funded H2020 projects (such as CyberSANE, SAURON and SAFECARE) aimed at implementing holistic and data protection-compliant technologies to handle cybersecurity incidents in the context of Critical Information Infrastructures. Prior to joining academia, Ilaria worked for eight years as a practising lawyer in commercial law firms, advising and representing domestic and international clients in litigation and transactional matters, particularly in the area of IP and IT law. Besides private practice and academia, Ilaria’s professional experiences as a lawyer include working at the European Commission (DG Climate Action) and secondment as an in-house legal counsel for one of Europe’s largest hubs of culture and innovation. Ilaria holds a LL.M. in Technology, Media and Telecommunications Law from Queen Mary University of London (with distinction) and a combined LL.B and LL.M from the University of Turin (cum laude and honors of publication for the final interdisciplinary thesis on IP and privacy law) on European, International and Italian law. She also holds a post-graduate diploma in International Trade Law from the International Labour Organization (International Training Centre) and the University Institute of European Studies. She is admitted to practice law in Italy.