To identify and encourage adoption of scalable solutions to reduce hate speech, violent extremism and viral deception online, while protecting freedom of expression and a vibrant, global internet.

The Transatlantic Working Group (TWG) is a high level commission that includes government representatives, legislators, corporate and other policy experts from the European Union, member states, and the United States, established to assess which laws, bills, and initiatives are working, which are not working, and which need to be given more time to develop. With the goal of enhancing the quality of public debates in Europe and the U.S., recommendations will be released throughout the project. A final report will include practical next steps and identify areas in need of further examination.

The dissemination of misinformation and disinformation in the political arena has been around for as long as democracy. But the weaponizing of it, its rapid and widespread proliferation, and the manipulation of the voting climate during the U.S. and European election seasons have compelled a more urgent focus on the issue on both sides of the Atlantic.

Similarly, as incidents of terrorism and hate crimes proliferate in Europe and the United States, digital platforms, civil society and governments are grappling with how to address the infiltration of the internet with hate speech and violent extremist messages without chilling freedom of expression or throttling a vibrant, global internet.

Viral deception (or disinformation), hate speech and violent extremism are separable issues, as are the methods to address them. In a free society, citizens have a basic right to receive information in the marketplace of ideas – including false forms of it – without government censorship. Under what circumstances might the harms from viral deception, hate speech and violent extremism online outweigh the right of free expression, warranting some form of government intervention?

Nations are not monolithic in their categorization of speech. Real harm may come from viral deception online, but not all of it is illegal content. Some countries ban types of hate speech and criminalize defamation, while in neighboring countries, such online content may be lawful, albeit abhorrent.

A free and open global internet provides unlimited, well-documented benefits to society. It also affords access to information about corruption, genocide, and government atrocities that tyrannical leaders do not want the citizenry to generate, publish, or access.

But the internet also has a dark side: Widely disseminated content exploits hatred, encourages violent extremism, depicts sexual abuse of children, and enables sex trafficking of women and children. And viral deception campaigns have wreaked havoc on, and undermined trust in, democratic institutions and societies.

Increasingly governments are intervening – both directly and indirectly – to regulate content online. Recent examples include the German NetzDG law banning hate speech online; the recent French law empowering judges to order removal of “fake news” during election campaigns; legislative proposals in the United Kingdom, and provisions in several European Commission draft regulations and initiatives that require platforms to promptly review and take down illegal hate speech and terrorist propaganda, as well as demonetize and downgrade disinformation. The European Commission repeatedly has threatened to legislate if platforms do not remove “illegal content” or adequately tackle disinformation on a rigorous schedule prior to European elections.

In the United States in 2018, Congress passed and the president signed the Stop Enabling Sex Traffickers Act and Allow States and Victims to Fight Online Sex Trafficking Act (SESTA-FOSTA), a law that created an exception to the 1996 Communications Decency Act’s Section 230 “safe harbor” rule by holding a platform liable for knowingly uploading user posts that promote sex trafficking including consensual sex work. Congressional hearings have examined whether “big tech” is doing enough to combat terrorist recruitment online, curtail viral deception, and protect consumers’ personal data. The Honest Ads Act was introduced in the last Congress, and embodied in H.R.1 in the current Congress, to increase the disclosure requirements affecting online political advertising. Other legislative proposals are expected to surface in the current Congress.

A plethora of tech company, civil society, public/private partnerships and government initiatives have been launched to block or accelerate removal of posts deemed illegal hate speech, terrorist propaganda, and viral deception. For example, the European Commission established the EU Internet Forum for Combatting Terrorism as a voluntary public/private partnership to address terrorist material online. In March 2018, the EC’s High Level Expert Group on “fake news” published its report. In September 2018, the EC released an EU-wide Code of Practice on Disinformation, drafted under a Commission-convened Multi-stakeholder Forum on Disinformation, outlining self-regulatory standards of conduct, and warned that legislation could follow if the voluntary code does not evidence “measurable effects.” The Commission also proposed a regulation on terrorism content online, requiring that flagged terrorist content be removed within an hour, and issued an Action Plan in December on protecting the electoral process.

In many countries, fact checkers and trusted flagging groups have emerged. Tech companies and civil society groups are designing and implementing systems and machine learning tools, in part in response to European initiatives and growing political pressure in the United States.

While lip service is given to it, freedom of expression is not a key factor in many of these initiatives. And despite the global impact of the EC proposed rules on the internet, the United States is not directly engaged in these initiatives, apart from major U.S. platform companies, which are facing the possibility of regulation with significant fines if, collectively, they fail to meet unspecified EC requirements.

Because of the benefits derived from the ability to communicate with, and receive information from, internet users worldwide, government restrictions on content or access to information in one country affect all global users. They also embolden other governments to interdict content. The value of the internet is diminished when it is fractured by a patchwork of censorship.
Although the sheer volume and global importance of transatlantic digital communication invite a transatlantic approach to online content issues, there is little evidence of such cooperation underway. The laws, recommendations, and initiatives to date are largely European, both national and EU. Nonetheless, the impact of such regulation is global.

Working from a transatlantic perspective, a set of principles and practices can be established to address harmful content online while minimizing the effect on both free expression and a global internet. Even if the United States and Europe ultimately adopt different policies, decision-makers will be better informed by the Transatlantic Working Group’s deliberations. In the process, unintended consequences may be averted.

The project fills a critical and widely recognized need. By reorienting the conversation from entirely separate European and U.S. debates on values and solutions to a transatlantic discussion, it will facilitate greater transatlantic cooperation in determining principles and practices that govern global content moderation.

The TWG project will evaluate how well the government initiatives and indirect actions in Europe and the United States are protecting freedom of expression and a global internet as they work to curb viral deception, hateful, and terrorist speech online. We also will examine voluntary, non-governmental initiatives (both corporate and multistakeholder) on both sides of the Atlantic. Specifically, we will assess what is working, what is not, and – importantly – what might work if given more time. In order to enhance the debate, we will publicize our recommendations.

When examined from the vantage point of ensuring freedom of expression, there is an underlying concept that must be addressed, irrespective of whether the issue under the microscope is how to curtail viral deception, hate speech or violent extremism online: To what extent is free speech chilled by direct or indirect government action? As that issue is engaged, it is essential to clearly understand what constitutes freedom of expression online, and how it differs on each side of the Atlantic.

Thus, the project first will examine the role of government in protecting freedom of expression, and then separately will address the main content issues – viral deception and hate speech/violent extremism – against the background of freedom of expression. We also will look at the impact of conflicting national laws and the effects of the extraterritoriality of online regulation on the vitality of a global internet.

The Transatlantic High Level Working Group consists of prominent government officials, legislators, and corporate executives and other policy experts from the European Union, member states, and the United States, including eight steering committee members, who are distinguished academics and think tank leaders. The members were chosen for their expertise on digital policy, fundamental rights and security matters, and represent a wide range of viewpoints and geographic perspectives. Half of the Steering Committee members are from Europe and half from North America.

In addition, the Transatlantic Working Group will consult with an informal group of advisors, who are experts in comparative law and regulation, business and technology.

The Institute for Information Law (IViR) of the University of Amsterdam (UvA), as the Lead European Institution, helps to manage research and meetings and encourage full European engagement in the project.

The Annenberg Public Policy Center, in partnership with The Annenberg Foundation Trust at Sunnylands, is providing convening space and related assistance to the Transatlantic Working Group.

The Embassy of the Kingdom of the Netherlands in Washington, D.C., has approved a grant in support of the research and public outreach activities of the Transatlantic Working Group, as part of the Dutch government’s commitment to advance freedom of expression, a fundamental human right that is essential to democracy.

The Transatlantic Working Group does not accept corporate funding.

The Annenberg Public Policy Center of the University of Pennsylvania has been the premier communication policy center in the United States since its founding in 1993. By conducting and releasing research, staging conferences and hosting policy discussions, its scholars have addressed the role of communication in politics, science, adolescent behavior, child development, health care, civics, and mental health, among other important arenas. The Center’s researchers have drafted materials that helped policy makers, journalists, scholars, constituent groups and the general public better understand the role that media play in their lives and the life of the nation. 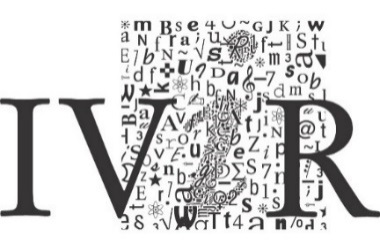 The Institute for Information Law (IViR) is the Lead European Institution for the project. Officially established in 1989, it is one of the largest research centers in the field of information law in the world. The Institute employs over 25 researchers who are active in an entire spectrum of information society related legal areas: intellectual property law, patents, telecommunications and broadcasting regulation, media law, internet regulation, advertising law, domain names, freedom of expression, privacy, digital consumer issues, commercial speech, et cetera. The Institute engages in cutting-edge research into fundamental and topical aspects of information law, and provides a forum for critical debate about the social, cultural and political aspects of regulating information markets. The Institute for Information Law is affiliated with the Faculty of Law of the University of Amsterdam.

The Embassy of the Kingdom of the Netherlands supports the TWG as part of the Dutch government’s commitment to advancing freedom of expression, a fundamental human right that is essential to democracy.