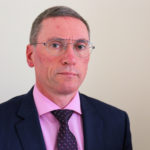 Dr. Sven Bostyn (LLB, LL.M law; PhD law) is Assistant Professor of Intellectual Property Law, Institute for Information Law (IVIR), University of Amsterdam and also Associate Professor of Biomedical Innovation Law at the Center for Advanced Studies in Biomedical Innovation Law (CeBIL http://jura.ku.dk/cebil/  ), Faculty of Law, University of Copenhagen. He also lectures at the Institute for Information Law (IVIR) of the University of Amsterdam and is Visiting Professor (chargé de cours invité) at the Université de Liège. He is also a regular lecturer on CEIPI courses in Strasbourg. Sven is one of the most prominent authorities in Europe in the area of patent law in general and in life sciences (including patent law relating to pharmaceuticals, biotech, medical devices, SPC’s, software and artificial intelligence) in particular. He has written extensively on most areas of patent law, and apart from those subjects already mentioned, he has also published in the field of plant patent protection, plant variety rights, software related inventions, European and international harmonization of patent law and the Unitary Patent system. He was member of a Scientific Advisory Committee at the Dutch Royal Academy of Sciences (Gene Patents Committee) and was from 2013-2016 the Chair of the Expert Committee at the European Commission on the development and implications of patent law in the field of biotechnology and genetic engineering, after having been a member of and Rapporteur at an earlier European Commission Expert Group (between 2003 and 2005). Besides the European Commission, he has also advised both the Belgian and Dutch governments on policy regarding patentability of biotechnological and pharmaceutical inventions. He was recently one of the lead researchers in a study commissioned by the Dutch ministries of Health and Economic Affairs and Climate regarding protection mechanisms for pharmaceuticals (SPC’s, data and market exclusivity, paediatric extensions, orphan drug designations and competition law issues relating to pharmaceuticals). Sven is the single author of more than 60 scientific publications. amongst which: ‘Enabling Biotechnological Inventions in Europe and the United States. A study of the patentability of proteins and DNA sequences with special emphasis on the disclosure requirement, Eposcript Series, nr. 4, EPO, München, 2001, + 340 pp.; A Study prepared for the European Commission, ‘Patenting DNA Sequences (Polynucleotides) and Scope of Protection in the European Union: An Evaluation, European Communities, 2004, + 146 pp.; No contact with the human body, please! Patentability of diagnostic methods inventions after G 1/04, [2007] EIPR, issue 6, 238-244; Do you wish biological or essentially biological vegetables? (Non-)Patentability of essentially biological processes for the production of plants, BioScience Law review, 2006/2007, 146-155; Patenting human embryonic stem cells in peril: the decision of the Enlarged Board of Appeal in G 2/06, BioScience Law Review, vol. 10, 2009, 13-24; How biological is essentially biological? The referrals to the Enlarged Board of Appeal G 2/07 and G 1/08, [2009] EIPR, 549-558; A decade after the birth of the biotech directive: Was it worth the trouble?, in, Biotechnology and Software Patent Law: A Comparative Review on New Developments, Edward Elgar Publishing, 2011, pp. 221-259; Patenting antibodies after HGS v Lilly: More questions raised than answered, CIPA Journal, October 2012, 573-580; Patentability of plants: at the crossroads between monopolising nature and protection technological innovation? The Journal of World Intellectual Property (2013) Vol. 16, no. 3–4, pp. 105–149; Bostyn, Sven and Petit, Nicolas, Patent=Monopoly: A Legal Fiction (December 31, 2013), available at SSRN: http://ssrn.com/abstract=2373471 or http://dx.doi.org/10.2139/ssrn.2373471,   19 pp; Patenting personalised medicine and human rights, in, P. Torremans (ed.), Intellectual Property and Human Rights, Kluwer Law International, 2015, 725-782; Personalised medicine, medical indication patents and patent infringement: emergency treatment required, IPQ, 2016, 151-201; and, Medical treatment methods, medical indication claims and patentability: A quest into the rationale of the exclusion and patentability in the context of the future of personalised medicine, IPQ, 2016, 203-230; Bostyn, S.J.R., Jongh, T. de, Poort, J. Radauer, A., Effects of Supplementary Protection Mechanisms for Pharmaceutical Products, May 2018, Technopolis Group, 169 pp. Sven is a regular speaker on international conferences, where he speaks on a wide variety of topics, including IP protection in life sciences, pharma patents, SPC’s, regulatory exclusivities in life science, IP issues relating to software and artificial intelligence, patent protection for plants and plant variety rights systems.